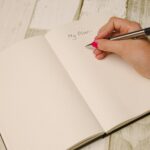 Planning ahead is key. Let me backtrack first…This year (2020) has been nothing short of a dumpster fire. Most people look at all the negatives and well…a few negatives from my perspective are:

This was the obvious one so let’s get this out of the way first. This was the catalyst for the way we are planning ahead as we go into 2021. Now, it sucks that tons of people lost their loved ones this year to this terrible virus and not only that, but a lot of people lost their jobs or had to stay home for months and try to collect unemployment. I personally have an essential job so I still worked during all of this. Anyways, during all of this we still were trying to release a few things this year to jumpstart this platform and the company as a whole.

Our original plan this year was to launch a few kickstarters. One was for The Seer Chronicles 1 &2 with the 1t issue being remastered and yes we got this funded, but that didn’t end up happening until August when our first original date was July 6th. After we funded that Kickstarter which we are so happy with the turnout and can’t thank people enough for all the support we launched a 2nd Kickstarter in October.

In October we launched a Kickstarter for our first ever horror anthology called: Chronicles of Horror.

How are these negatives? They aren’t just the fact of launching later than expected threw us off a bit.

Finally, we were supposed to launch a 3rd Kickstarter and that was for our video game.

The video game Kickstarter was supposed to launch October 24th. That didn’t happen obviously, but because of everything we encountered we figured out how to plan ahead for such things.

Moral of the story

Moral of the story is to plan ahead! We had a bit of a plan, but not as solid as what we have for 2021. We can’t wait for 2021 because we have so many fun things coming!