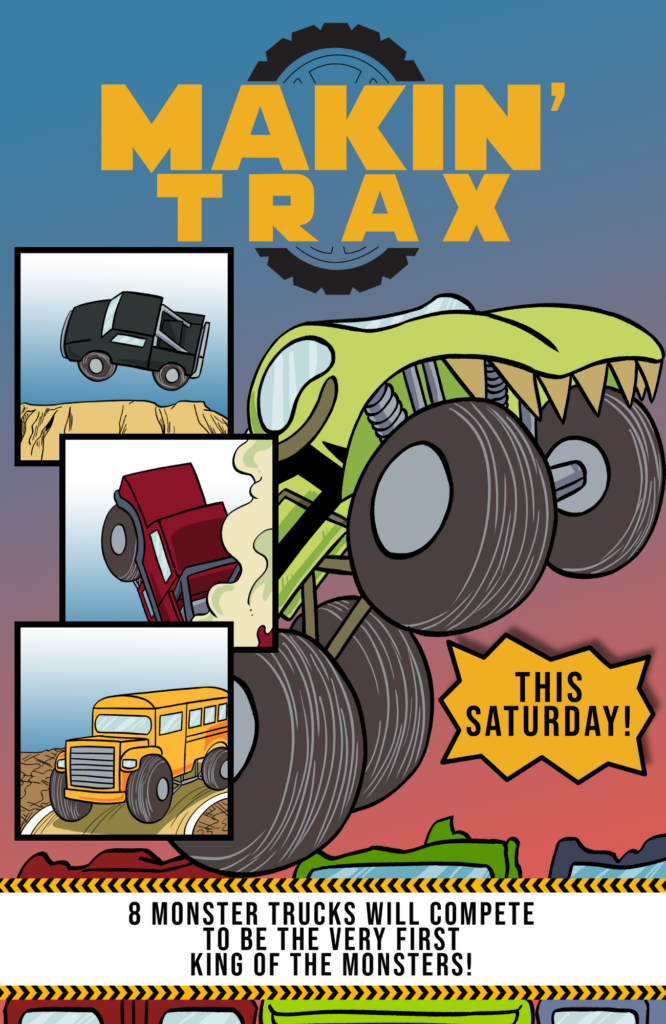 In this issue of Makin Trax, witness the first show of the UMTA’s (United Monster Truck Association) inaugural season racing portion. Meet the drivers including the reptilian Kenny Klutch who is one of the world’s top monster truck drivers. This is a face-paced racing series designed to push the limits of the drivers and their equipment. Who has what it takes to not only win the racing in this issue but also has what it take to be King of the Monsters at the end of the season.