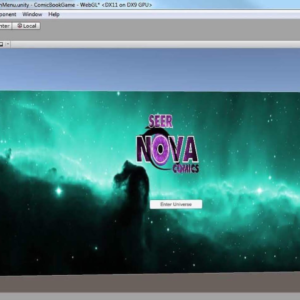 It has been a year since we’ve filed the paperwork to become SeerNova Comics LLC. In just one year’s time we have developed many ideas as well as connections with amazing indie creators. We have written and are finally releasing our graphic novel’s first full length comic.

We have come up with several ways to, not only help ourselves out, but other indie creators as well. So how are we planning to help these indie creators? Well, we’ve created something pretty incredible which we call The Indie Revolution, and it is spreading like wildfire. From The Indie Revolution, we’ve created a unique store on our website which now displays custom t-shirts—with more merchandise coming soon. These designs include those by yours truly as well as the work of creators within our community. 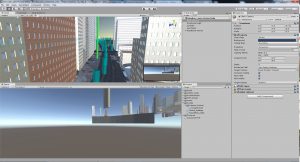 Another huge endeavor, among the many others we’ve been promoting, is the City Map, and is one of the primary goals for this Kickstarter. We have, in development, an interactive city map which will play out much like a video game! This simulation of our comic book universe will have you walking the streets and observing the changes as our story progresses. Not only will you be able to explore the city, you will also be able to interact with landmarks like The Movie Theater. This theater will be host to unique indie films played at set times much like a real cinema. Additionally, music videos will be playing between films similar to intermissions at your local movie theater. You will also be able to own/rent property. You can even sit and watch TV in your apartment such as the news that will be updated from time to time as well as animated shows and some indie films. A few other features in the map are: advertising for indie artists via an art gallery and a radio to play a variety of indie music.

As for comics we are looking to fund the creation of 10 new comics. We are releasing our graphic novel in an episodic form. Each month we are looking to release an “episode” of The Seer Chronicles to add to our comics page and kick off our comic universe.

We are also looking to begin sharing our work by attending comic-cons throughout the U.S.. This can be costly for most independent creators and we’re hoping to get a booth where we can share our work, as well as the work of creators who partner with us on this journey.

Aside from comics we are also looking to promote indie films. Not only are we promoting these films, but we’re going to be creating our own. To start we’ll need a decent camera and a laptop to handle video editing as well as animations.

What do you get in return?

By donating to our Kickstarter you can receive rewards such as personal thank you cards, social media shout outs,  one of two unique prints from either of our partners New Leaf Comics or Creepy trees inc., a shirt of your choosing from our indie store, or even become a part of our universe.

Connected with our Halloween giveaway

Also, during this we’ll be running our Halloween giveaway.  We have partnered with a bunch of indie creators for some amazing prizes. Through shares, likes, or donations you’ll receive entries into the giveaway. By the way, these are in addition to the rewards through Kickstarter.

How can you help?