How to Name Comic Characters

This is one of the many resources to find a name for your character(s). Not only will this site help you find a character name, but there are multiple types of generators like place generators, fantasy names, real names, etc. Though there are many different generators I am just going to focus on the fantasy name generator (superhero name generator). Viewing the generator gives a list of 10 generated character names; if you don’t like any of the 10 you can click “get hero names” to make a new list until you find the desired name. 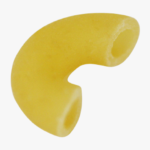 Though there are multiple resources to use to pick a name for a character you can also just use your brain. It’s that simple! Now I either picked a random common name like John Benson (the main character in The Seer Chronicles). Or I asked friends/family if they’d like to be a part of my comics. Those I asked all agreed and thought it was awesome to be part of the universe I’m creating. So, I didn’t literally use their actual name, I switched it up a bit. For example, I took my friend Ryan’s name and used his middle name as his character’s first name, and then his first name is his last name. See some ideas are right in front of you.

The third and final idea I will share to name a character is to dive into the internet or even books. Do some research to come up with a unique name by going in deep to get that name no one else has. One character that was researched was Patrick Ryan who was given the vigilante name Siper. Now first I was going to go the Gaelic route as he has Irish routes like my actual friend, but as I researched I came across the word siper which is the name for arrow guide and comes from the Arabic language. A little research wouldn’t hurt. Sometimes research gets you a bad-ass name.