Everything Popular is Wrong 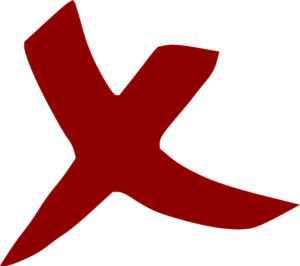 “Everything popular is wrong.” is a quote by Oscar Wilde. It is also quoted in the book, The 4- Hour Work Week by Tim Ferriss. I am currently reading, well listening (Audible) to this book while I drive around wherever I have to go. I’m not going to break down that specific section, but what I am going to do is tell you what I learned from it and help you implement the same tactics in your life as well.

Alter the Game in Your Favor

In this section Tim talks about competing in a kickboxing competition. He read the rules so he could alter the game in his favor. He won a gold medal in kickboxing for winning each match by TKO. Now I am not telling you to join a kickboxing competition, well unless you wanted to GO FOR IT! I am telling you to alter the game in your favor just how Tim did to win. You’re now wondering how can I do this exactly? Well, I’ll tell you.

In order to win at anything you need to win, so you have to beat the game. Beating the game will only happen if you alter the game in your favor. To do this you shouldn’t waste countless hours researching every possible piece of information on how to do this. Tim just read the rules for the kickboxing competition and won. You need to win at your own kickboxing competition if that is your shitty job, releasing a product for your business, etc. No, you aren’t going to punch and kick your boss for a raise you’re not the karate kid.

Everything comes full circle to the beginning which is everything popular is wrong. Tim didn’t please the judges with a fun back and forth fight he won by TKO by making his opponents fall out of the ring which gave him the win. You need to find what is popular in whatever you are trying to accomplish and do the opposite. Maybe instead of staying at your job and eating the same ham and cheese sandwich for the rest of your life, quit. YOU CAN ALWAYS GET ANOTHER BULLSHIT JOB. Instead of being just like Apple, SONY, Microsoft, etc. Find a way around releasing your product/service if you have one without being exactly like the popular crowd. Be different! Instead of coming out with another version of an iPhone, maybe don’t focus on hardware at all and focus on creating your own operating system? BE DIFFERENT!