Imagine if we were all robots. Imagine us with all the same clothes, same emotions, same interactions, but with the heart of wire and steel. Now imagine Chicago in the year 2020. Here in this robotic Chicago, we find five new friends exploring a city with strange and interesting possibilities. They are here to find friendship, but also something more… Something human.

Sign-up for the Basic Membership to view this Comic! 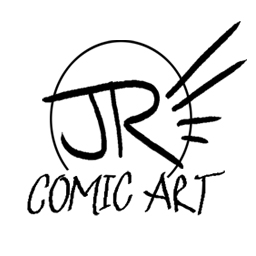 J.R. Harris is a freelance comic book artist and illustrator.

In mid 2016, J.R. began work for the Flint Comix Newspaper and Entertainment, creating monthly stories. This grew to two full serial stories in 2017 with Wasteland Horizon and Paragon (written by Randy Zimmerman).

As of 2020, J.R. began a full time career as a freelance illustrator and comic artist. Some of his works include Astronaut Highschooler, The Henry Graves Collection, CHICAGO-20, and Wasteland Horizon Vol. 1. Some of his upcoming projects include “Heavens Decoded” written by Rony Lescouflair, “Henry Graves and the City of the Forgotten”.

Though he specializes in mainly comic books and inking, J.R. is no stranger to working on films, novels, and music. He believes that an artist is only bound by the limitations they give themselves.

“The only way to discover the limits of the possible is to go beyond them into the impossible.”